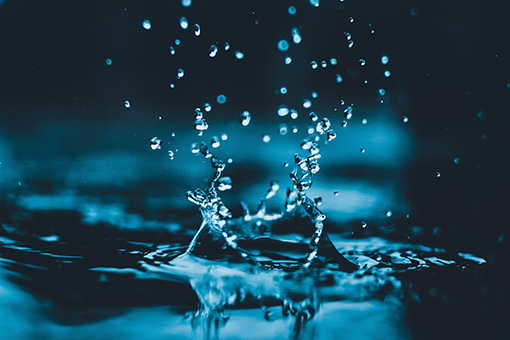 In earlier posts, we’ve discussed how sunlight and wind can be harnessed to produce electricity – without contributing to climate change – so it seems natural (pun intended) to wrap up our series on renewable energy resources with a talk about the advantages of hydroelectric energy: power generated by water.

In 2015, hydropower accounted for “16.6% of the world's total electricity and 70% of all renewable electricity.” It’s produced in 150 countries, is relatively inexpensive, and, in spite of its name, consumes no water, unlike coal or gas plants. And while wind and solar farms are relatively new additions to our landscape, there’s already a hydroelectric power plant that’s designated a national historic landmark: the Hoover Dam.

Of course, electricity wasn’t the first product of water power. Water was first reported to power grain mills in  Cabira, Asia Minor, before 71 BC. In 1621, America’s first grain mill was built in Jamestown, the first of many to accelerate a process that had traditionally been both arduous and time consuming.

The first use of water to generate electricity took place in 1878 in Northumberland, England. William Armstrong  made good use of the advantages of hydroelectric energy to power a single arc lamp in his art gallery. Fortunately, hydroelectric plants have become much more efficient and can generate electricity for more than just a single light bulb.

In fact, a “small” hydroelectric plant can produce enough electricity to power a small city or industrial plant. And the definition of a “small power plant” is changing to include those plants that can generate three times as much power.

But this production is not without its risks. Like solar and wind, hydroelectricity is often at the mercy of the elements. Natural events like droughts can diminish the efficiency of a plant’s output.

In addition, hydroelectric dams can adversely affect adjacent ecosystems. Plants and animals are suddenly deprived of resources that originated upstream when dams are built.

Fortunately, these problems can be mitigated – if not eliminated – through careful planning and observation of marine life before, during, and after the construction of a hydroelectric dam.

As it stands, hydroelectric power represents 97 percent of all energy storage in the United States. That’s right: of all of the electricity we have stored in our country, 97% of it comes from water power.

How will we tap into the advantages of hydroelectric energy in the future? A study done by the U.S. Energy Department shows that by 2050 hydropower could:

When we think about renewable energy, we often think of wind turbines that stretch off for miles into the distance or solar farms with row upon row panels. But maybe the greatest tool we have in the creation of electricity – and the slow of climate change – is the source of life, the thing that covers over 70% of the Earth’s surface, and makes up 60% of the human body.