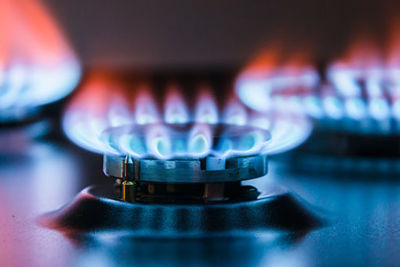 Natural Gas Maybe Natural, But is it Clean?

Companies offering natural gas like to make a pretty bold claim: it’s clean burning. But do a little digging and you’ll find another word adjacent to this claim:relatively.

And CO2 isn’t the only gas responsible for global warming. Methane is another, more potent greenhouse gas, and it’s 80% more effective at trapping heat in the earth’s atmosphere than CO2. And can you guess what emits methane?

Some may argue that while CO2 will remain in the atmosphere for about 10,000 years from now, methane has a much shorter life span, about 20 years. But methane’s negative impact on the environment is about 120 times as powerful over its 20-year lifespan. It does a lot of damage in a much shorter period of time.

But it’s not just natural gas’s byproducts that are of concern. The process by which natural gas is extracted, known as “fracking, can be harmful to the environment, as well.

What is fracking? Much of our natural gas comes through the process of hydraulic fracturing, or “fracking.” In this process, companies drill boreholes deep into the earth and inject liquid into the subterranean rock at very high pressure. This forces open rock fissures and releases gas from within the rock or reservoirs below.

One of the biggest problems with this is that fracking can contaminate groundwater supplies if it’s not done properly.

Fracked gas is typically found pretty deep in the earth – much further down than the water table. But the boreholes carrying the gas back up to the surface travel straight through the water-bearing rocks, called aquifers, where many of us get our drinking water. The injected fracking fluid often contains dangerous chemicals that no one would want to drink – and if the borehole is not properly cased, those chemicals can escape into groundwater.

And it’s important to remember that natural gas development is itself far from pollution-free.

“Some areas where drilling occurs have experienced increases in concentrations of hazardous air pollutants and two of the six criteria pollutants — particulate matter and ozone plus its precursors — regulated by the EPA because of their harmful effects on health and the environment,” the Union of Concerned Scientists reports. “Exposure to elevated levels of these air pollutants can lead to adverse health outcomes, including respiratory symptoms, cardiovascular disease, and cancer.”

Exposure to these pollutants can be particularly damaging to very young children.

“Given the profound sensitivity of the developing brain and the central nervous system, it is very reasonable to conclude that young children who experience frequent exposure to these pollutants are at particularly high risk for chronic neurological problems and disease,” the Center for Environmental Health’s Ellen Webb, a researcher on the neurological and neurodevelopmental effects of chemicals linked to unconventional oil and gas operations, told the Guardian last year.

So, sure, natural gas may be “relatively cleaner burning,” but it doesn’t come without its costs, some of which most people are unwilling to pay.

But there are some energy sources that are far safer because they don’t burn anything, namely Wind, Solar, and Hydro. They’re also the same sources Clearview Energy relies on to power your home or business.